It is remarkable news in the dry season. The weather forecasts in East Africa are transforming into alarming warnings. We must take into account long-term torrential rains and floods. While it should be very dry in January. The region has been collecting lots of rain for months. Kenya takes the lead. More than 120 people have lost their lives in the water. Only 15 cm of fast running water can already drag an adult along, says BBC. The news channel explains that The Pacific El Niño, also called La Niña, is responsible for the drought in Australia and heavy rainfall in East Africa.

One-stop border
The nice weather is quickly disappearing at the campsite on the Victoria Nile in Uganda, where we stay for five days. The floods can no longer be avoided. A few days of miles in Kenya is now obvious. Dry in the car, now that we have no business outside. First a small border crossing. Small is nice. Fewer passers-by so short waiting times. Friendly customs officers. The name one-stop-border is misleading. The border procedures are not housed in one but three scattered buildings. In front of the passport stamp building is a row with at least 60 women in purple polo shirts with print. East Africa Conference of Women Ministries, is on the round emblem. The conference is coming to an end. They travel back home. Ebola check, fingerprints and passport photo shoot. This takes a lot of time. After more than an hour and a half the time has come. All stamps in the right place. Nothing stands in the way of access to the republic.

Vof the rain in the drip
Another 60 kilometers to drive to the intended Cottage & Camping in Bungoma. About asphalt. The journey is progressing well. Well before dark, at your destination. But then it goes wrong. The road is closed just before the city. Traffic is being diverted. An arrow to the left indicates the temporary route to Bungoma. That is immediately the last signposting. We have to figure it out for ourselves. The navigation does not take into account the fallen downpours of the past period. The roads on the designated route are now impassable. We are forced to keep driving. Looking for a rideable road. It is already dark when we admit it. We are completely lost. We choose the previous town as a beacon and from there over the asphalt road C32 to the large through traffic route. However, the nearly 20 km long C32 lacks some pavement. We have been sentenced to off-roading. Thunderstorms are getting louder. We feel sorry for the skin-soaked pedestrians and mopeds. The deep puddles are impassable for them.

Paradise
With a delay of almost two hours we are finally in front of the dense iron gate of the Cottage. The rain water comes down with trays. The only way to attract attention is to bang on the big doors. The telephone number is unknown. In the meantime soaking wet, I hammer through for a few minutes. No response. Back to a cafe on the main road. There they know that the beautiful Cottage has been closed due to mismanagement. Onno finds a second residence option on iOverlander. Fortunately they do open there after half a minute of striking the gate. They show a heated cottage with a good bed. In the relentless downpour, every place with a roof is a paradise on earth. It is not until midnight that the down pour turns into a normal shower until the sun rises again. Welcome to Kenya.

Rainy weekend
The next campsite is chatting with famous guests. Bill Gates stayed at this place a decade ago. The second richest man in the world was volunteering in a neighboring hospital. The beautiful location in nature on a mountain is excellent to secure. The elevated position also attracts Olympic athletes. Grow extra red blood cells before the competition. The weather forecasts promise that a lot of water will fall in the coming five days. The manager reports the measured rainfall every day; 60 millimeters, 44 millimeters. For comparison, in the entire month of January an average of 50 millimeters fell in the Netherlands. We spend two days on the couch by the fireplace with an iBook vibrator and hot tea. Surrounded by Kenyan day trippers. On Friday evening the couples in love, unusually intimate by African standards. On Saturday afternoons, the rich families eat dishes from the delicious menu.

Alarming messages
Meanwhile, the consequences of the huge rainfall are being shared on social media and news sites. A video with a tourist terrain car that takes the muddy bend in a nature park just a little too fast and tilts on the side. No fewer than ten Lodges and Campsites in the Maasai Mara park were washed away, when the Talek River got too much water to stow. The terrain cars parked desperately at the highest point. The access bridge across the river has been completely destroyed by the power of the water. Only a quarter of the park is still accessible, according to the owner of our campsite. We're going to experience it. Tomorrow. Now that we are in the area, nothing stops us. 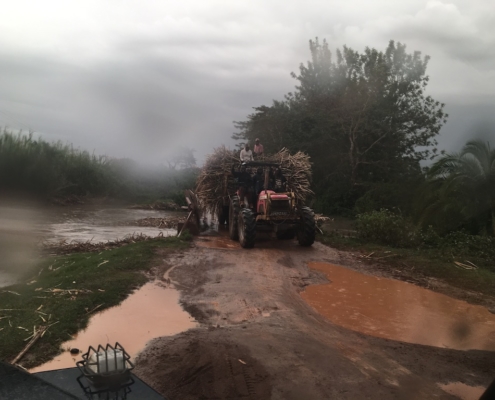 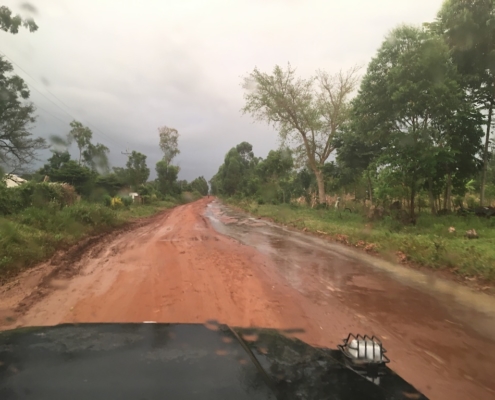 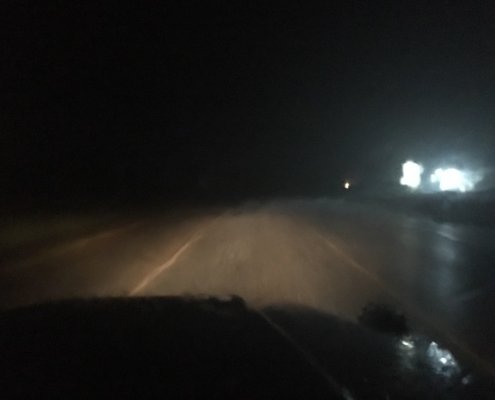 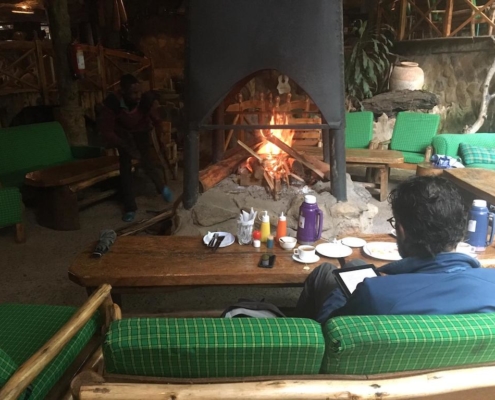 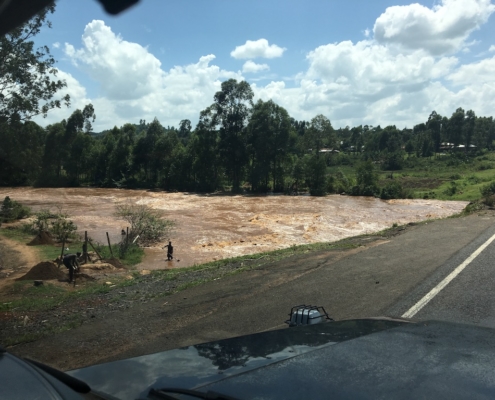 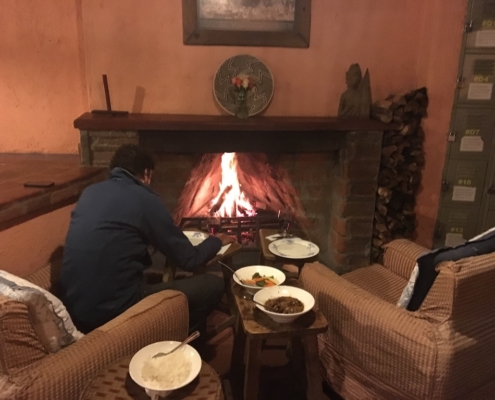 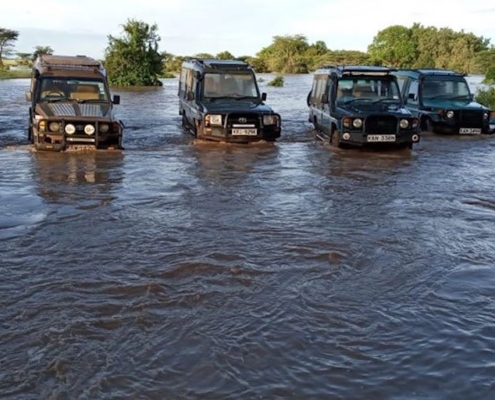 Maps were disabled by the visitor on this site.
Survive