The Tsavo West National Park can claim the description 'untouched nature'. In the extensive park, the handful of tourist vans are, as it were, swallowed up. You imagine yourself to be the exclusive visitor to the varied nature park.

At the eastern entrance to the park, the broad solidified lava flows lie untouched where the eruption left them. An impressive stone field. The red sand track contrasts decoratively with the black lava. Caves have been created around the volcano. Let's pass up the chance to visit the cave system. I fear the bats that live there. The newspaper reports about African tourists who die from a virus infection after a bite of a bat are still fresh in my memory. The winged mammal is a gathering place for exotic viruses. We prefer to drive through the beautiful nature. It evokes a resemblance to the deserted interior of Iceland. The warm temperatures betray that we are in Africa. Further on we end up in a tropical forest along a river. A walking route leads past the beautiful places. The meter-wide crocodile a few steps next to the path seems to be carved from wood. Yet the animal is lifelike. The guards are walking towards us. They are looking for an elephant that has just been spotted on this path. We have not seen anything, but share the location of the crocodile. They immediately rushed to this awe-inspiring reptile.

Happiness
On a high hill, called Poachers Hill, we overlook the park. Beautiful green vistas. The park has several lions and leopards. With the binoculars I hope to spot predators walking among the bushes. We have seen a lot this trip. Only a live catch is still missing in our overview of 'special experiences'. Once down on the large plain, two cars come to a stop on a side road. That is an important signal for spotted game. A leopard walks in our direction. The camera, with the landscape lens, is not ready. Me neither. In a hurry I turn the wrong ring, which produces blurry photos. The big-five predator walks on to the main road. A retake to record the evidence on a picture plate. It remains so special to see the shy spotted animal. We enjoy until the animal disappears in the bushes. The tourists in the accelerating cars have it for the check.

Last chance
Encouraged by the leopard, we estimate our chances of finding higher in the rare black rhinoceros. On the Rhino track. Three more hours before dark. The intersections are marked with numbers on the road map, as on the Dutch walking and cycling routes. Numbers 54, 55 and 76 follow to the conscious area. We measure the distance on the basis of the pieces previously traveled in the park. The goal must be achievable. We can continue to number 54, a lookout on a high mountain. Then the narrow path with many large stones takes the speed out. Moreover, the map does not appear to be drawn to scale. After more than an hour of driving we have to face, no more rhino this trip. Number 55 still not in sight, the road surface too bad. Turning around is the only wise decision. We reach the campsite before dark. We are the only guests. An accelerating boy opens the water supply. After three days we can finally shower again in lukewarm water. The wood fire, which the camp keeper creates, is intended to keep the elephants at bay. The last night in nature, the wild beasts do not let themselves be seen or heard from again. We sleep blissfully.

Fat Dap
We drive sadly through the nature park the very last day. Along herds of giraffes and some elephants. How we are going to miss this. We drive for hours without meeting anyone or anything. The last 50 kilometers lead past an iron fence. We are both silent. Near the exit, a lonely grazing giraffe looks at us with endearing eyes, wrapped in beautiful long lashes. The last wild animal we spotted on this trip. I can't help saying goodbye and say out loud; "Hello giraffe". Then I finish the sentence in my mind, "said Dikkertje Dap, do you know what I got?". To the song by Annie MG Schmidt. We finally turn onto the asphalt road, towards the Tanzanian border.

Back in Tanzania
Only two people waiting for us are at the small border crossing to Tanzania. The one-stop border is touted for its smooth transition with very friendly employees. The officials are friendly. It just doesn't get along. We are literally always referred to a different counter. We let it come over us. Three men are uniformed behind the glass. They photograph the computer screen. We conclude from this that automation problems. We are happy when we can finally enter the country after two hours. The next two days we prepare the car for the boat trip. Onno finds a covered campsite at a sufficient distance from the humid sea. The best guarantee to seal the roof tent and car dry for the next six weeks.

Holidays by the sea
Together with Dirk and Marieken we drive to Dar es Salaam. We met them at the campsite in Nairobi. They were looking for other Overlanders to ship the terrain cars together in one container to the Netherlands. Coincidentally, we want the website (2nomads) of the Dutch couple already read a few years ago. When we started preparing for our long journey. We spend the last days in an idyllic spot by the sea. Due to the high humidity and warm temperatures we occasionally flee to the cool hotel room.

Goodbye to the car
The redeeming message comes by email, we can report to the car at 14.00 pm. The agreement with the forwarder is that we are present when the all-terrain vehicles are put in the container. The sea container is ready. The hired stevedore too. First we handle the administration. The insurance claim form. Finally, the transfer of the carnet and copies of the value forms. The stevedore now secures our G in the container. On the bottom plate of the car. I don't know about car securing, but this doesn't seem right to me. We are worried Skype with Stefan, contact person of the transport company in the Netherlands. Stefan appt various photos, examples of correct lashing. Two straps fixed to the wall by each wheel. A wedge for the front wheel and behind the rear wheel. Wooden slats against the sides of the wheels. All in all, Onno and Dirk spend two and a half hours in the sweltering container. The results are impressive. The car is stuck. One last look at the car and then the doors close. Our adventure has come to an end.

Corona
Since January we follow the news about Corona, made possible by good internet coverage in Africa. First the reports from China. Then European reporting. Although no infections from Africa have been reported yet, we are still vigilant. We cannot think of a good reason to look for crowds. The hotels where we stay provide a lot of comfort. The chance of contamination is nil. On March 4 we fly home via Paris. On the plane I suspiciously observe the coughing man with whom I share an armrest. "Why weren't we tested for fever before boarding the plane?" In Paris I expect the medical border controls that we are now used to in the African countries. A fever thermometer pointed at your head before you can enter the European continent. None of that. We can just walk on. As well as at Schiphol. We are back home!

Postscript
After returning home, the Corona news dips over us. Almost all borders are closed two weeks later. We got home just in time. The container with the cars is now on the boat. In the second half of April we will be united with the G. For the time being, travel is no longer possible. Fortunately, we can live on the beautiful and unique expedition through Africa for a long time. 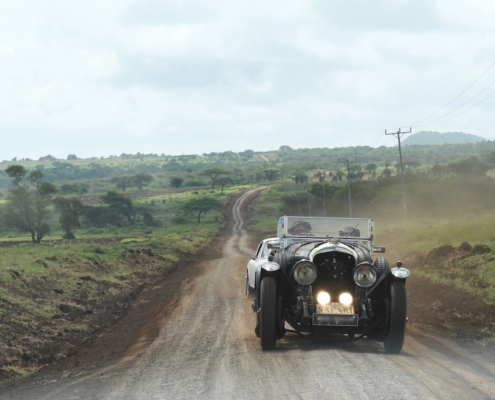 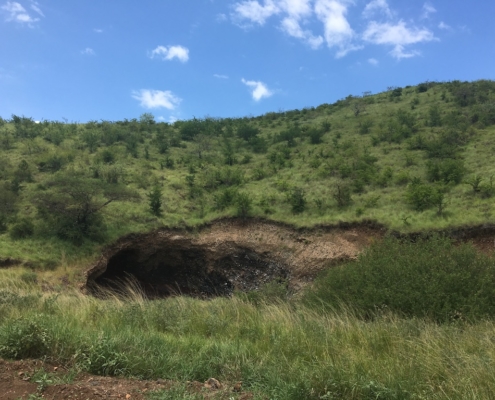 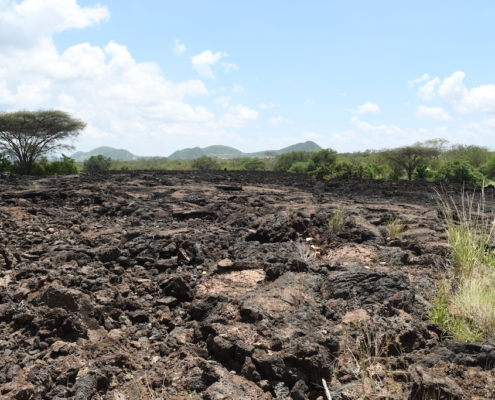 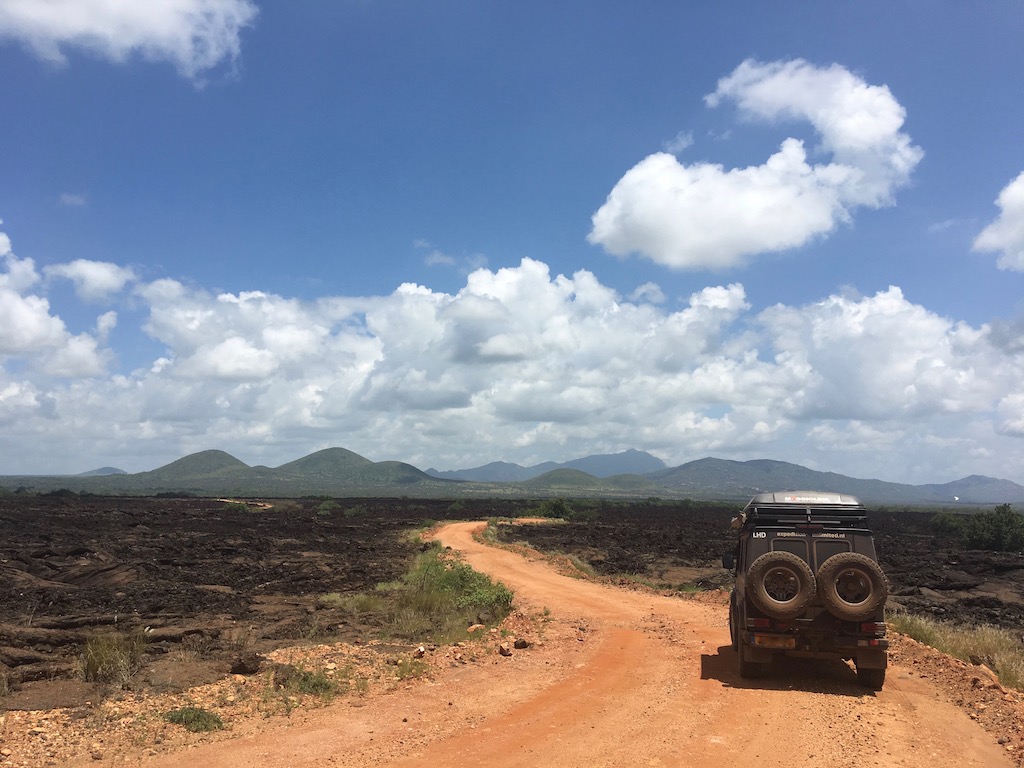 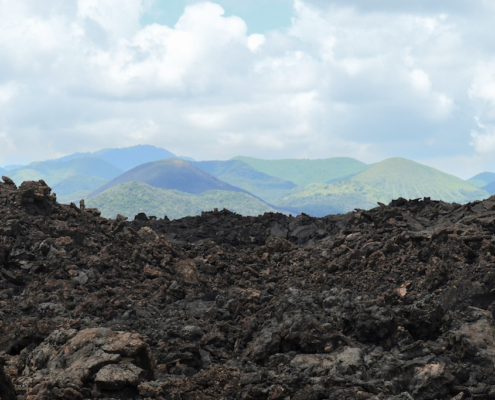 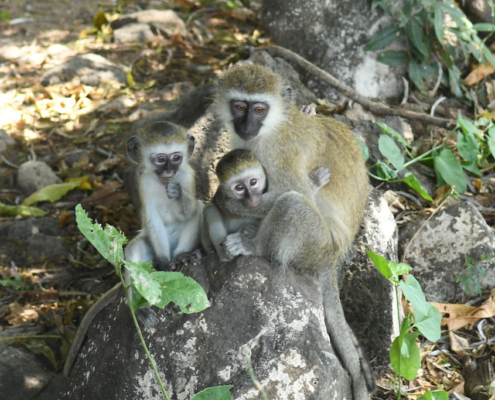 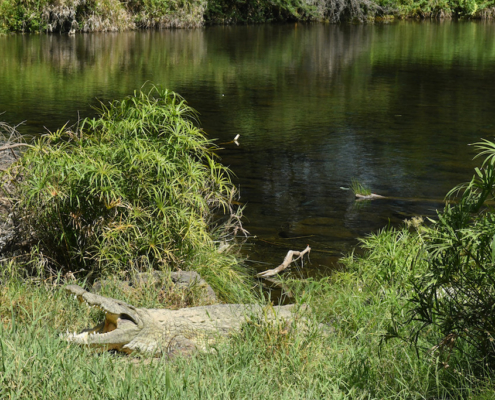 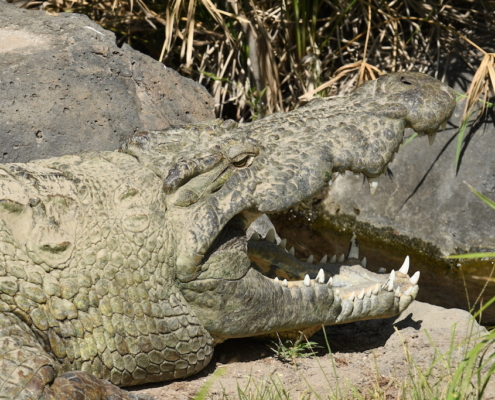 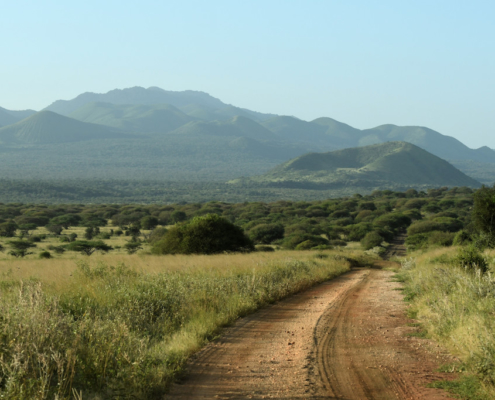 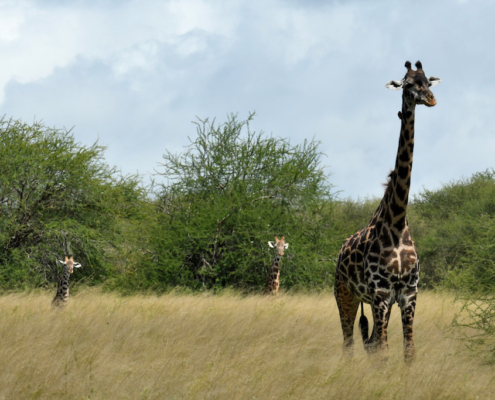 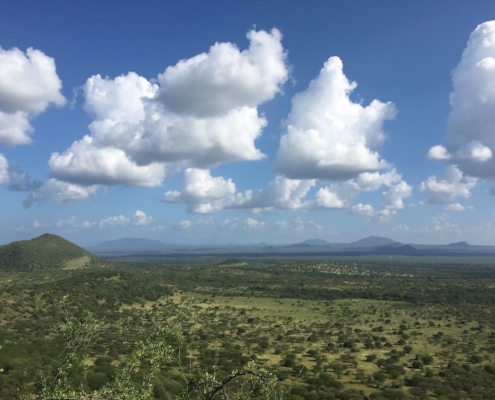 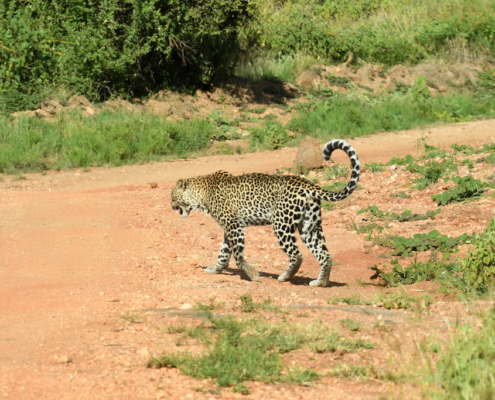 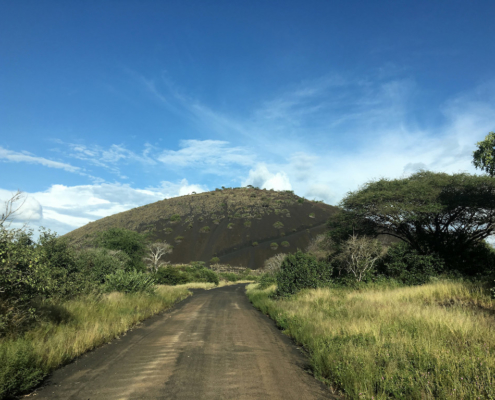 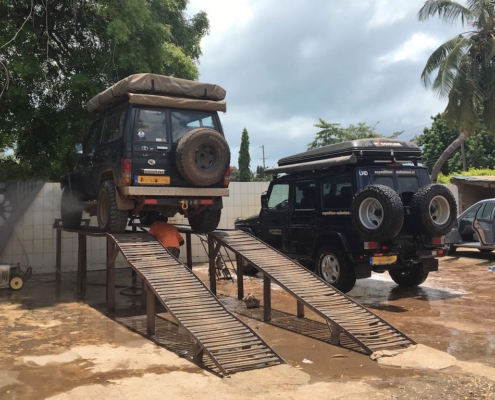 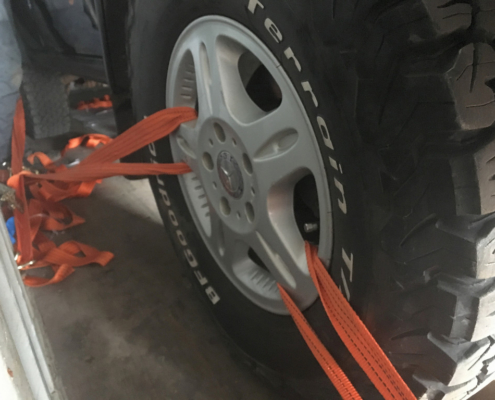 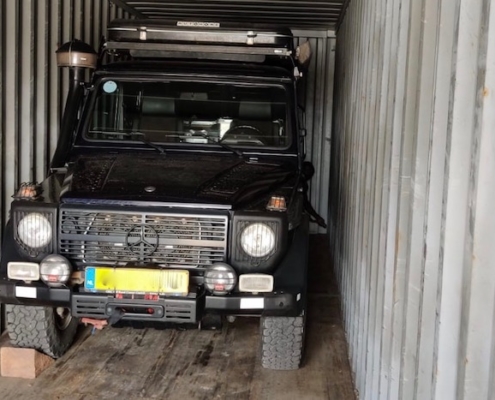 Maps were disabled by the visitor on this site.
We are almost there