To our surprise, a wide highway is being built in and around Murchison Falls National Park. China Communications Construction Company (CCCC) is rolling out asphalt, with six lanes wide on some routes. Only a few Chinese supervisors are present at the road works. The vast majority of the work is carried out by the Ugandans. Good for employment. That again.

Broad highway
Environmental activists do not believe that the motorway will be constructed for tourists. According to them, the road structures are suitable for heavy transport. A consortium of Total, Tullow Oil and China National Offshore Oil Corporation (CNOOC) is drilling for oil in the nature park. With an expected production of 200.000 barrels per day, there is a large oil reservoir under the park. The bridges over the rivers are indeed heavily built. Bored-looking women guide the traffic around the construction sites. They wave the red and green flags as cheerleaders. It is not always clear when we have to wait or continue on our way. The road diversions give a good view of the immense construction activities. The resistance to such a big change in the special nature reserve is palpable.

Rhinos
On the way from Murchison Falls to Kampala is Ziwa Rhino Sanctuary. In this reserve the white rhino is imported from Kenya and the USA. In 1982 the black and white rhinos became extinct in Uganda. The private animal center aims to reintroduce horned animals into national parks. A total of 200 rangers guard the second largest land animal in the world. Unfortunately the poaching is still lively and lucrative. One horn is worth $ 65.000 according to Reuters news agency. The Chinese process this precious good into traditional medicines. The park does not take any risks, GPS is prohibited. We book a walk to the heavy mammals for the next morning. Later that evening we already meet the first four rhinos. Young bulls walk towards the fenced campsite and lie in front of the large entrance gate. At 25 meters from our roof tent. They fall asleep snoring. Their guards do not allow us to photograph the fraternally lying animals. The reason stated is that the law prohibits this. Of course. The next morning we are allowed to take as many photos as we want under the supervision of the ranger.

Trekking
Together with the ranger we walk through the grass to the youngest 3-month-old baby in the park with his 6-year-old mother. Called Europe, named after the sponsor. His horn is about to grow. The original six ancestors have multiplied well. A cow can give birth to a total of 6 offspring from the age of 14. Further on another mother is grazing with a 7 month old toddler. At a distance followed by a bull. He's out for mating. The female only tolerates him if she is fertile. That will take a while.

Doubtful
We are somewhat concerned about the presence of Chinese in this area. It feels like the cat is binding on the bacon. When asked, the ranger confirms that the Chinese also book walking tours. "Their visit has several reasons," he adds with a meaningful smile. The vigilance remains high. 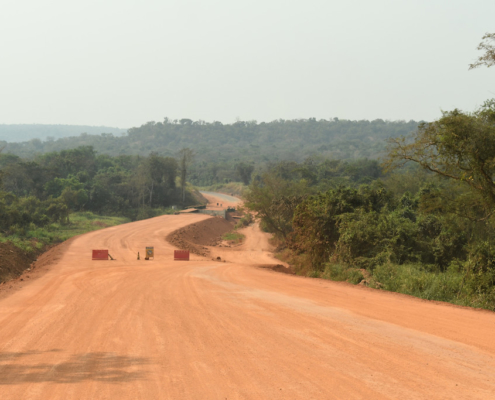 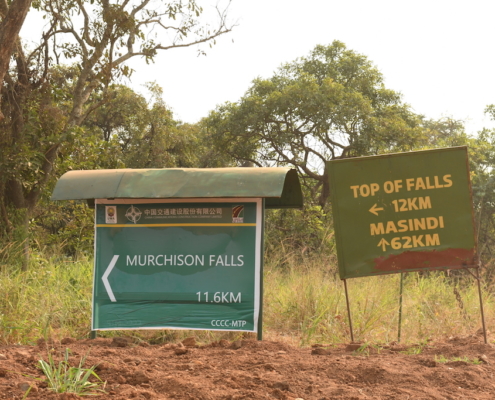 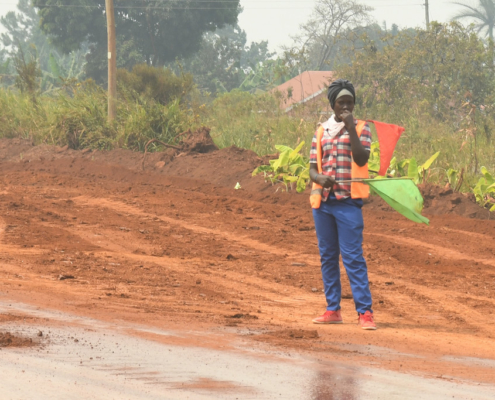 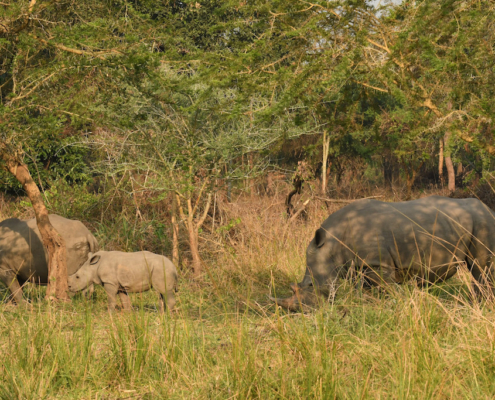 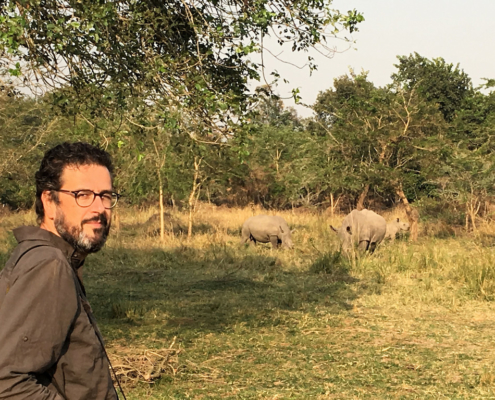 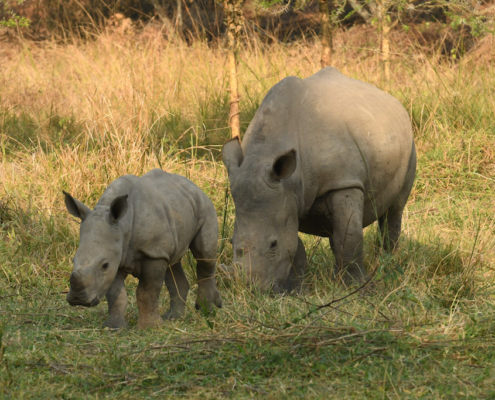 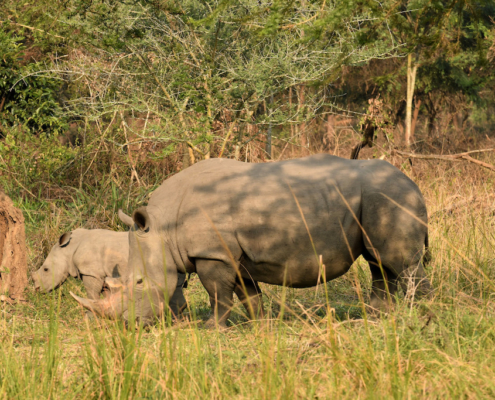 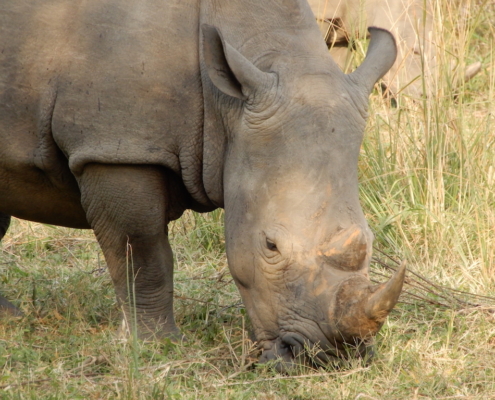 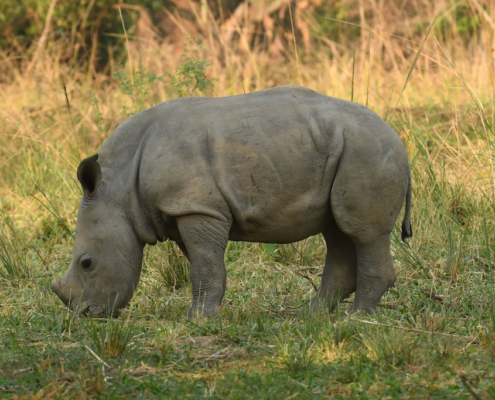 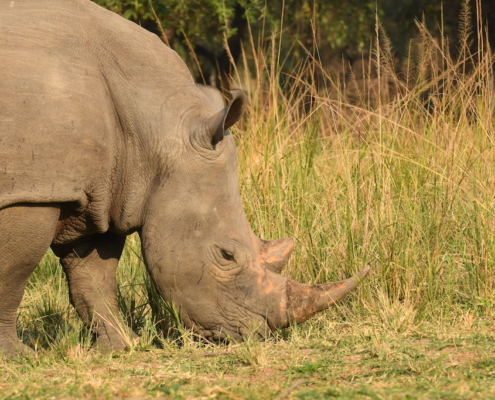 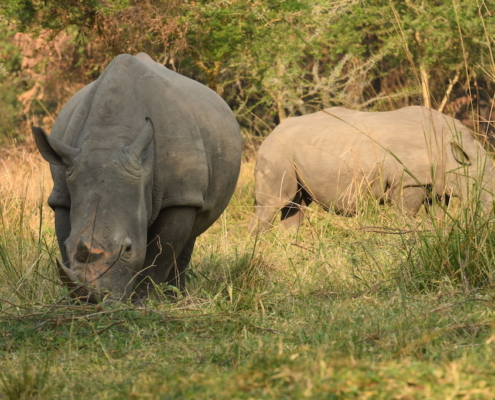 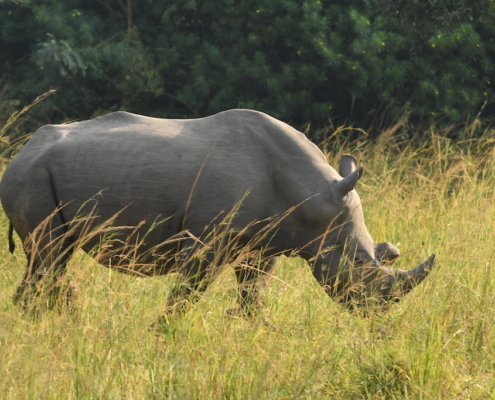 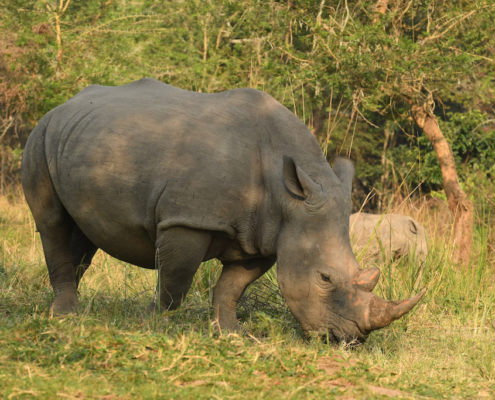 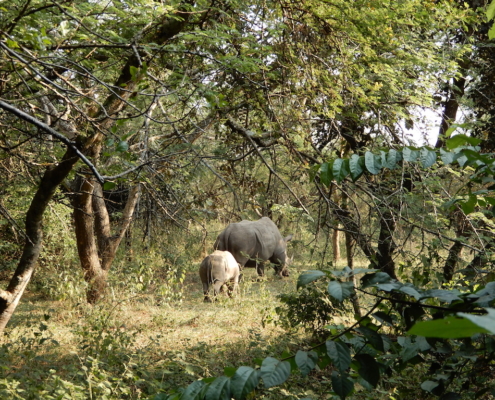 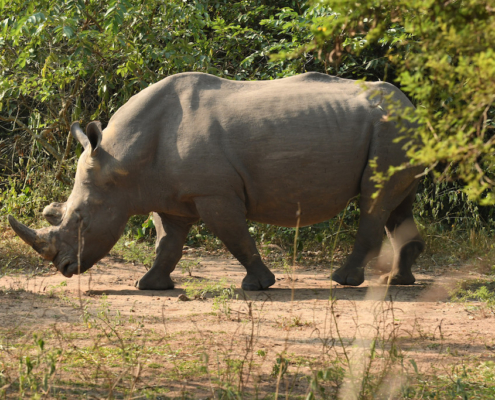 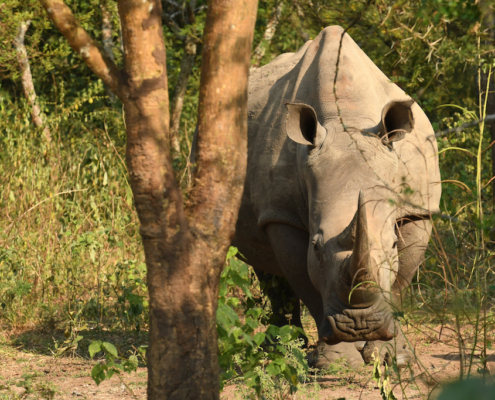 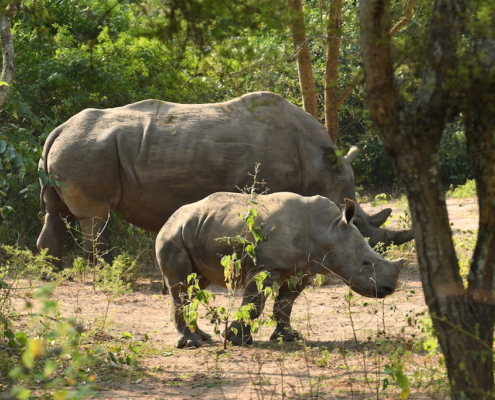 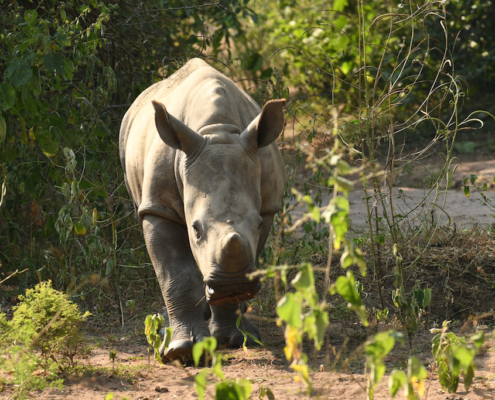 Maps were disabled by the visitor on this site.
Misunderstanding and misunderstood